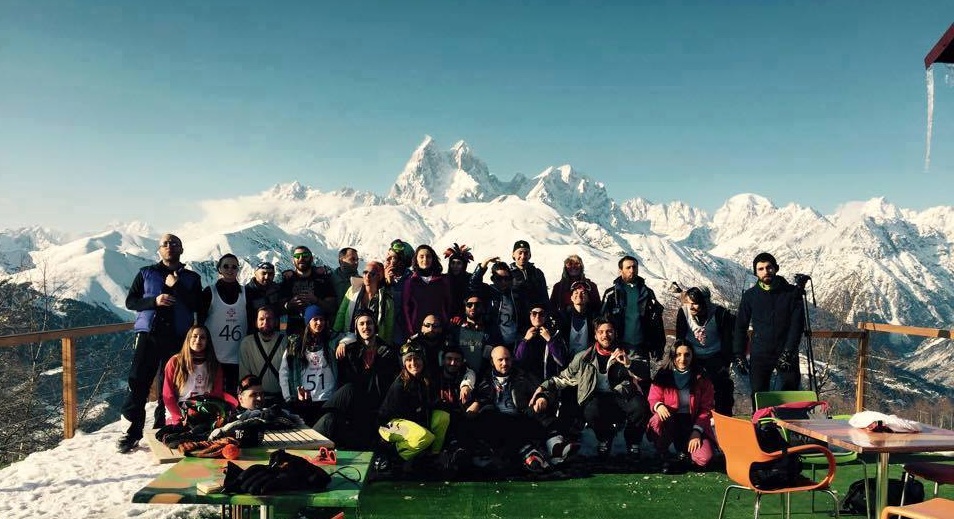 By organization of the Georgian National Tourism Administration and Tbilisi ski, adventure and extreme film festival “Niamori” Ski Media Tournament was held in Svaneti.About 50 media representatives participated in the tournament. Ski tournament was held on Gatsvali ski resort. Co-organizers of competition were Mestia ski-resort and Municipality of Mestia.
The first place in the competition among the boys took Irakli Gordeladze, the employee of “Palitra TV” and Radio “Palitra”. II place took the representative of “GDS” Kote Gunia, and third place took the representative of Radio “Fortune” Datuna Abuladze. Among the girls I place took representative of “GDS” Ana Khositashvili. Second place took the employee of Radio “Jako” Magdalina Mikaglazova, and third place took the journalist of Radio “Fortune” Ana Churghulashvili. Winners were awardedthe shop “Mastersport” vouchers, deeds and diplomas.
After the end of the tournament local folklore group gave the concert. Journalists and guests participated in the dance held by “Riho” around Lamproba” symbol – the burnt fire.”