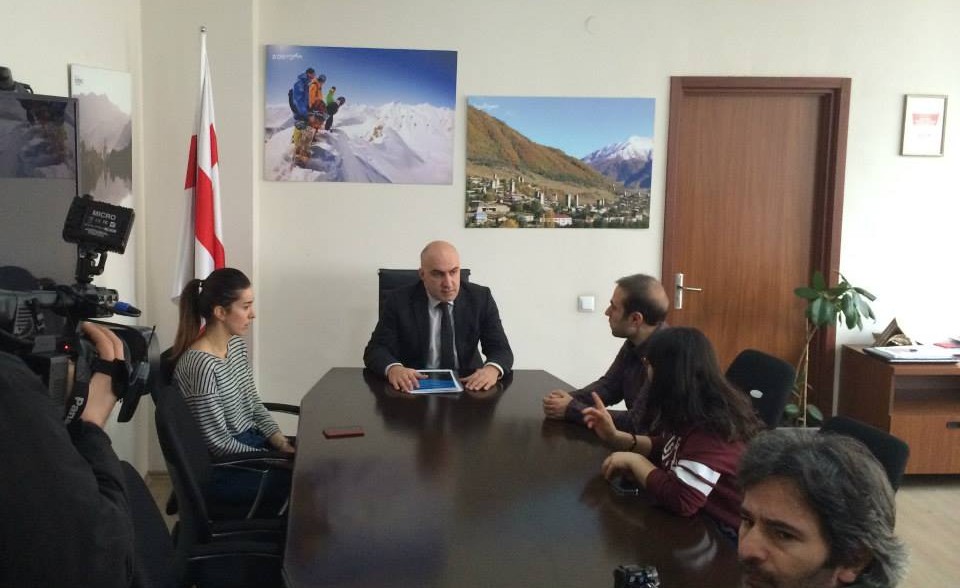 By the organization of the Georgian National Tourism Administration and the Consulate of Georgia in Istanbul, CNN TURK Camera Crew visited Georgia. Head and presenter of CNN TURK meteorological heading Buniamin Surmel will prepare three 20 minutes subjects on nature, climate, culture and history of Georgia.
During 5 days CNN TURK Camera Crew will visit Tbilisi, Gori, Borjomi, Vardzia, Akhaltsikhe, Kutaisi, Sataplia and Prometheus caves and Batumi. Turk journalists today met the Head of the Georgian National Tourism Administration Giorgi Chogovadze. Buniamin Surmel is permanent presenter of CNN TURK since 1999 and has prepared reporting from the most popular tourism destinations of the world, including Alaska glacier and Great canyon in the United States of America, also Kenya and Tanzania in Africa.