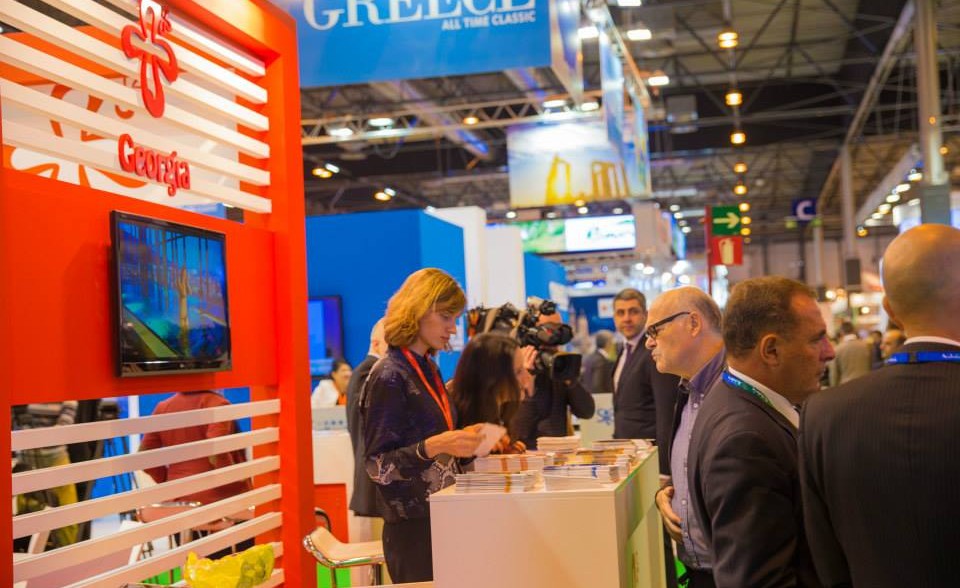 Georgian National Tourism Administration participated in the International tourism exhibition in Spain “FITUR”. At the one of the largest exhibitions in the world will be presented 9107 companiesfrom 165 states. Exhibition was visited by 217 thousand visitors. Spain represents is an important market for Georgiaand as compared to 2013, visitors came from Spain in2014 increased by 14 %. Within the frames of the International tourism exhibition, the Head of the Administration Giorgi Chogovadze met the General Secretary of UN World Tourism Organization Taleb Riphai. The meeting was also attended by the European Region Coordinator Beka Jakeli and the Ambassador of Georgia in Spain Zurab Pololikashvili. At the meeting were discussed cooperation issues between Georgia and the World Tourism Organization. In the end Taleb Riphaiassessed the tourism potential of Georgia: “I was in Georgia for three times, but even ten is not enough. In the small territory are gathered the mountains, the sea and different relief. Still people are principal, in many countries you can visit the coast and the mountains, but in your country people are unique, all are ready to speak with you. “– stated the General Secretary of World Tourism Organization.