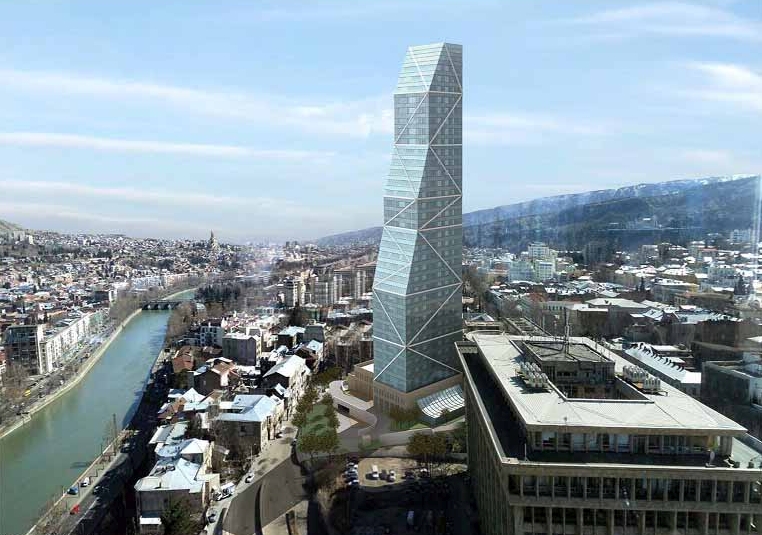 More foreign visitors than residents: the tourism boom continues in Georgia. In the past year 5.4 million overnight guests-stays came to the small country at the Black Sea (+21%). This is more than the total population of Georgia (4.49 Million). Further, the need of new hotel beds is growing. Especially mid-class hotels are on demand. According to TOPHOTELPROJECTS, the worldwide leading provider of global b2b hotel data, eleven top hotels are in the pipeline.

In 2013, the number of foreign guests increased by 21.8 percent in comparison to the previous year. The bulk of visitors (88%) came from the neighbor countries such as Turkey (1,6 Million), Armenia (1,29 Million), Azerbaijan (1,08 Million) and Russia (0,77 Million). The number of German guests increased to 30,815 in opposite to 26,448 in the same period of time (total number of visitors from EU Countries: 208,754). About 31 percent of the foreign travelers visited Georgia for the first time. More than two fifth of the guests stayed in hotels, and other ten percent in simple guests houses and hostels.

Currently Georgia operates 777 hotels with about 14,400 rooms. In Tiflis, the capital, currently six large and 20 small hotels are in the pipeline. Also in Batumi several large and mid-sized hotels will open their doors within the next years

From all the 170 hotels in Tiflis with about 7,000 beds just a dozen features more than 50 rooms. Within the next three years the bed capacity in large hotels will grow with more than 1,000 rooms. The new planned hotels will be hotels by brands such as Rixos, Millenium Hotel, Park Inn, Rooms Hotel Tbilisi and InterContinental as well as a currently delayed Hilton Garden Inn. Batumi will run brands such as Kempinski, Holiday Inn, Hilton, Swiss Hotel, Babylon Tower (BAB Group/Turkey), Cubic Tower and Gazelli (Azerbaijan projects) as well as a five star hotel by the Turkish association Mersin Tourism (hotel name is not yet decided).

Behind the project Millennium Hotel in Tiflis stands the Abu Dhabi Group, UAE. The property will arise through a 40 million US-Dollar refurbishment of the former institute for Marxism-Leninism. The historical building is mostly owned by an Arabic investor. A fifth of the stocks belong to the investment association Capital-Vostok. The opening is scheduled for 2016.

In the same year the Hilton Garden Inn, a 14 floor high skyscraper in the Chavchavadze Street, will welcome its guests. For the implementation of this project, where also the European Bank for Reconstruction and Development (EBRD) is investing in, the Georgian construction development company Redix is in charge. The project is currently stopped due to an unexplained ownership structure of the property. The project list of Redix shows further two large hotel projects in Abastumani (spa hotel Aghobili) and in the winter sports center Bakuriani (four star hotel Bakuriani) as well as in the Caucasus region Tusheti in the North East of Georgia.

The hotel group Adjara Group Hospitality is partner of the InterContinental Hotels Group (IHG) in the refurbishment of the former publishing house Samshoblo into an InterContinental hotel. The contract was signed in March 2014 from both parties. The opening is planned for 2016. According to Angela Brav, the IHG’s CEO for Europe, the hotel chain is planning further projects soon. The Adjara Group Hospitality operates so far the Holiday Inn in Tiflis and the first hotel by its own brand Rooms, the Rooms Hotel Kazbegi in Stepantsminda. Further hotels will follow: The Rooms Hotel Tbilisi (mid 2014), the Holiday Inn Batumi (late 2014) as well as the Rooms Hotel Borjomi (2015).

Ambitious plans for the expansion of the hotel capacities in Georgia cherishes the renowned international Carlson Rezidor Hotel Group (hotel brands Radisson, Park Plaza and Park Inn). According to the Vice President for Eastern Europe of the hotel group, Tom Flanagan, the chain will operate for 2017/18 up to ten hotels in the Caucasus republic. So far, the Carlson Rezidor Hotel Group is presented in the South Caucasus republic with two properties: the Radisson Blu Iveria hotel in the center of the capital Tbilisi and the Radisson Blu Hotel, Batumi. By the end of 2015, the Park Inn by Radisson in Tbilisi will open its doors.

The Radisson Blu Resort Tsinandali, located in the wine region of Kakheti, will welcome its first guests in the first half of 2016. Behind the hotel project and the development of the entire cultural and historical property Tsinandali, including a 4,000-square-foot wine cellar and a museum, is the Georgian Silk Road Group (SRG). Another hotel of the Radisson Blu Resort brand will be built in the skiing and winter sports region Gudauri.

The international British company, Arup Group is currently working on a concept for the development of the therapy center Akhtala located in the East of Georgia, Alazani (Kakheti region). It will be a modern spa center. The property is located within one of the largest wine-growing regions in the Caucasus republic. The Turkish Divan Group (part of Koc Holding) is currently preparing further unbranded hotel projects in Georgia. In May 2014, the company has already opened their third medium sized hotel in Georgia (65 rooms including spa center, in Batumi).

By the end of 2014, the Kazakh KazMunaiGas investor and the Georgian Partnership Fund in Likani (Samtskhe-Javakheti region) want to start the operation of a five-star brand hotel Rixos. Israeli investors have showed interest in the establishment of a first class hotel in Kutaisi. The real estate and development company Red-Co is engaged in the construction of apartment hotels to the winter sports regions Gudauri and Bakuriani. Until 2016, a total of 2,000 apartments (hotel rooms) of different sizes (25 to 150 square meters) will arise.