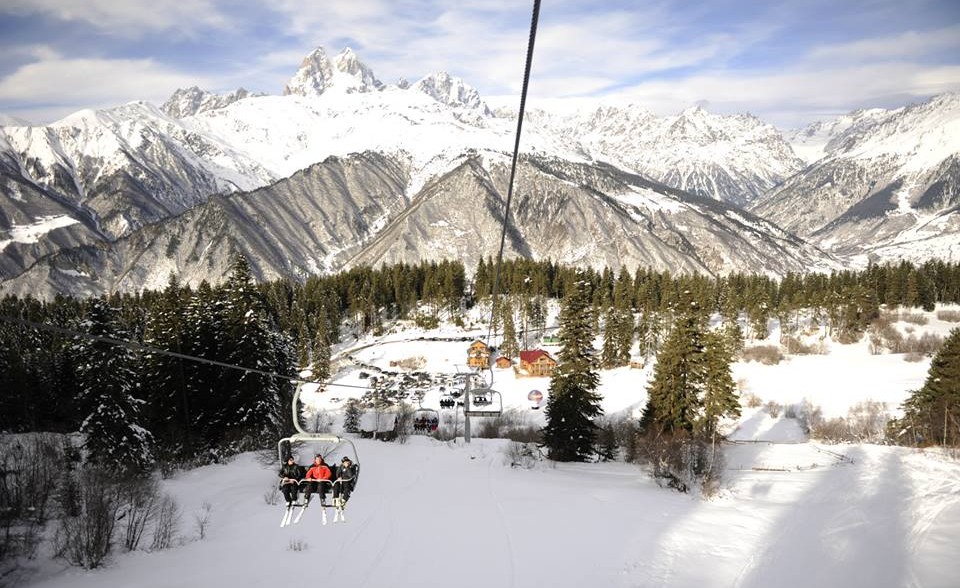 White Season – Mestia 2015
Svaneti is already waiting for skiing lovers and not only for you!
Winter season in Mestia is officially opened!
Georgian National Tourism Administration organized the events of season opening surrounded by the most beautiful peaks and ancient Svaneti towers on December 27. Elevated mood, ideal ski track and sunny day! Music, mulled wine and the environment, the analogue of which can be hardly found – it no wonder, the weekend turned out to be unforgettable in Mestia.
Competition among the professional and the amateur skiers was held on the Gatsvali skiing slopes at 23445 meters above sea level. And that is the most important, on the initiative of the Georgian National Tourism Administration Tezo Japaridze “Zuruldi Cup” was drawn among the skiers that gave particular colouring to the event. Nobody doubted that “Tezo Cup” would not be given up by the team of Svaneti to anyone and it turned as such.. The winners were awarded various prizes.
Final, cultural part of the opening of winter season was held in the centre of Mestia. Besides rewarding ceremony and the concert of local folklore ensembles, the environment was also beautified with Christmas booth. New Year decorated wooden counters offered Svaneti traditional Svaneti food, mull wine and hot chocolate to all comers.
–:–>