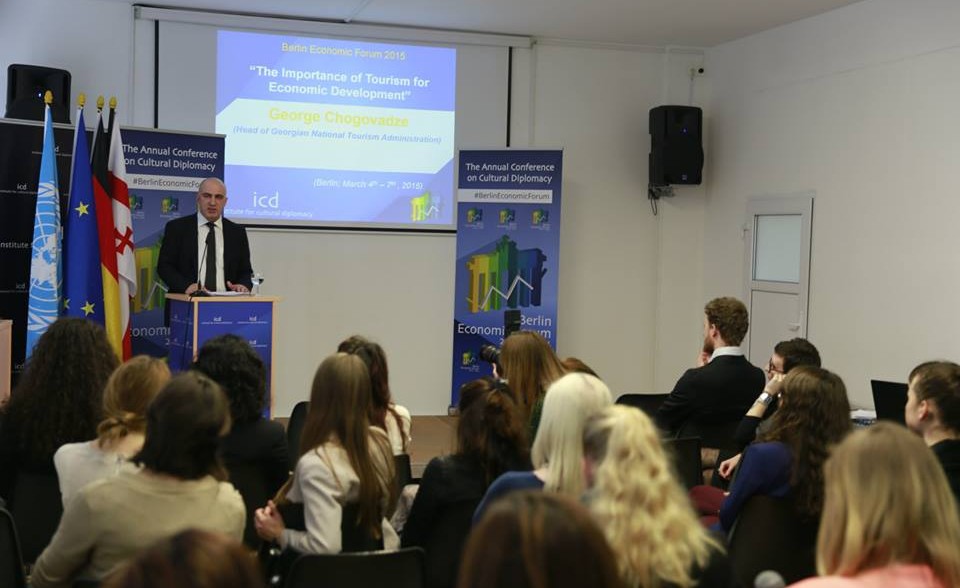 ITB Berlin tourism was held from March 4 to March 8 inclusive. At the exhibition together with the Georgian National Tourism Administration participated Adjara tourism and resort department, agency of protected areas, city hall of Kutaisi, also thehotels, tourism agency and airlines. Alltours, Georgica Travel, Caucasus Travel, Georgian DMC, Colour Tour Georgia, Explore Georgia, Rixos Borjomi, Omnes Tour, Visit Georgia, Marco Polo Gudauri, Trawellin, Like Geoegia, Georgian Events, Georgian Journey, Concord Travel, Exotour, Flyvista, TAV.
Exhibition-Fair of Berlin is one of the largest in the world. More than 10.000 representatives of more than 180 states participated in ITB Berlin Exhibition. Number of the international visitors to the exhibition exceeded 200.000.
Simultaneously with the exhibition the Head of the Georgian National Tourism Administration (GNTA) Giorgi Chogovadze participated in the ministerial of Silk Road countries, Ministers of tourism were representedat the meeting. Giorgi Chogovadze made a speech at the economic forum of Berlin, where he talked about the plans of the Administration.
Germany is one of the target tourism markets for Georgia. Germany is among the top three EU countries on the part of visitors to Georgia. According to the statistics from 2013 to 2014, the number of the international travellers from Germany to Georgia increased by 8 %, from 30 815 to 33 315.