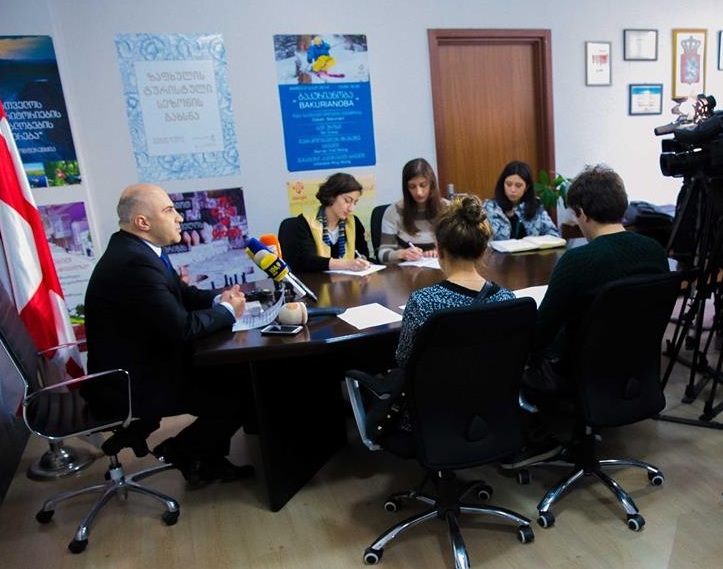 From these: 2 218 050 tourist visits (growth as compared to previous year analogous index 7,4%); According to 2014 data, neighbouring countries still take the first place by number of the international travellers arrived in Georgia. Positive tendency is maintained as well on the bias of international travellers flow from the EU countries. According to 2014 data, traditionally are distinguished Lithuania, Poland, Latvia and Great Britain (93%, 25%, 25% and 11 % respectively), from Central Asia countries – Kazakhstan (34%) and the Eastern European – citizens of Belorussia – by 48 % growth.

According to the data of the first three quarters of 2014, incomes from international tourism made 1,4 billion USD that exceeds index of the past year’s analogous index (1,3 billion USD) by 5 % (61 billion USD).
According to the statement of the Head of the Georgian National Tourism Administration (GNTA) Giorgi Chogovadze, activities for increase of the international travels number to Georgia continue, including development of small infrastructure of tourism, raise of recognition of Georgia, implementation of marketing activity as at international so domestic markets, organization of trainings on development of the tourist products and improvement of service quality. In 2015 conduction of several international events is planned in Georgia, including youth Olympiad of Europe and UEFA super cup match that will raise Georgia as recognition of tourism purpose destination.