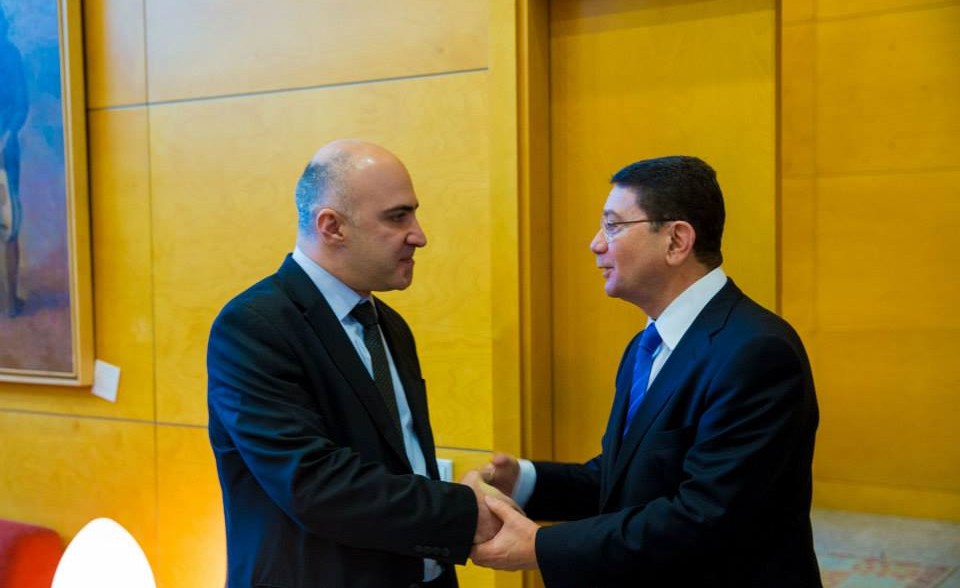 Within the frames of the International tourism exhibition “FITUR” in Spain, the Head of the Georgian National Tourism Administration Giorgi Chogovadze met the General Secretary of UN World Tourism Organization Taleb Riphai.From the World Tourism Organization the meeting was attended by the European Region Director Izabel Garania and the Coordinator Beka Jakeli, from Georgia’s part it was attended by the Extraordinary and Plenipotentiary Ambassador of Georgia in Spain Zurab Pololikashvili and the First Deputy Head of the Georgian National Tourism Administration Rusudan Mamatsashvili. At the meeting were discussed the issues of cooperation between Georgia and UN World Tourism Organization. The discussions focused on the issues of statistics and tourism satellite accounts in 2016-19, to continue membership of Committee and the Committee meeting holding in Georgia next year. Meeting with the different state representatives was attended by known international experts of tourism statistics. At the meeting held in Madrid was also examined possibility of conducting of Europe and Asia Ski Resort 3rd conference in Georgia in 2017. The mentioned event is one of the large-scale and well-known and developing summer and winter ski resorts of Europe and Asia are represented on it.
At the conference are examined the modern approaches of planning of the base and tourist infrastructure on ski resorts,how to plan effective marketing campaigns and create new tourist product for ski resorts, that will promote prolongation of the season. For the hosting of the mentioned events together with Georgia applications will be made by other countries as well. And the identity of Ad the winner hosting country will be known later.