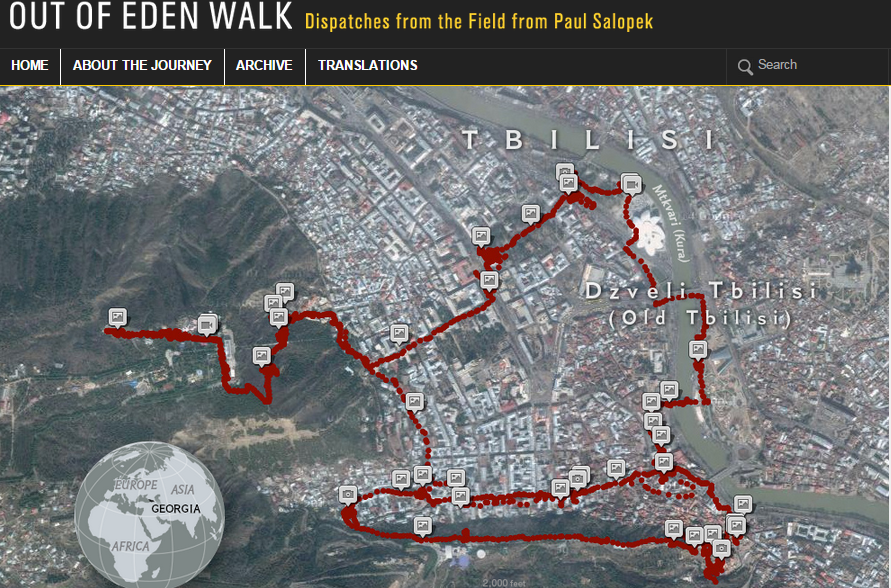 Discover Landmarks of a Historic Crossroads of the Caucasus

A storied crossroads between Asia and Europe, between Islam and Christianity, between covetous empires muscling in from the north and south, east and west, Tbilisi’s history is a kaleidoscope of invasion and reconquest.

The Republic of Georgia’s strategic capital has been occupied through its 1,500-year history by Persians, Arabs, Byzantines, Ottomans, and Russians. Throughout this turbulent past it has retained its essential character: A polyglot outpost on the old Silk Road that has welcomed all traders and coopted all invaders. This easygoing attitude endures today. Its 1.5 million citizens bustle about a small city in the heart of the Caucasus that is replete with Georgian Orthodox churches, techno dance clubs, medieval citadels, flea markets that flog postcards of homeboy Stalin, a park with animatronic dinosaurs, a balconied historic district, and numberless wine shops and mom-and-pop outlets for khinkali—the signature meat dumpling of the realm.